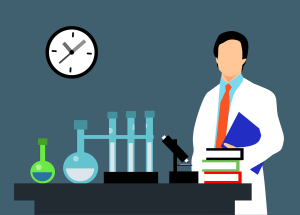 We are a group of 4 people, two of us are science students. One of us is a professional psychic, and I, an ordinary man, had burnt his fingers by falling into the trap of someone claiming to be a  spell caster.

I know all my readers would be wondering why I have a site where I rate different spell casters. To understand the why behind my site, let me first tell you a little about me to clarify why I do what you all are looking at.

My story dates back to when I was just twenty-three y.o. I was a cheerful guy, used to go to my college and then do some odd works for pocket money, until my life changed when I met a girl, yes my first love (that is what I thought of). We dated and spent quality time with each other, but after nine months of relation, one fine morning, the girl called me up and told me that she loved someone else and that we could not be together anymore. It was like hell pulling me towards itself and heaven pushing me towards hell.

OMG!!! What were those days? Having had everything, it seemed that I was lost. I used to be in the wonderlands of my dream and in the thoughts of that girl, always wandering and wondering why the girl left me. This was when I met a spell caster, who assured me that things would be fine and that he would help me get my girlfriend back forever.

For doing so, he needed to cast spells and make portions that would cost money. I poured all my hard-earned money for the same purpose, but in vain, nothing happened even after a year, now I was already in the sand. The sand started gulping me fast, I started searching for different spell casters via the internet and personal search, went to all of them, and poured money like milk and water to get my girlfriend back, but nothing happened. I was just cheated on.

Then I met a psychic, who is now helping me help others by rendering his valuable time for my research. He understood everything and helped me connect with two other people, the science students. Here I learned that most spell casters I had fallen with were fake and that spells do not act as they had promised. With the help of these people, I understood a lot about magick, spells, spell casters, and how love spell works.

While learning all this, I also learned that so many people like me are in trouble, and many people are cheated daily by the significant number of fake spell caster websites and spell casters. This was when I decided to build a website and publish the same to rate spell casters and their website so that all my other friends in pain do not dip their fingers inside the molten lava. Instead, they get a helping hand to pull them out from hell.